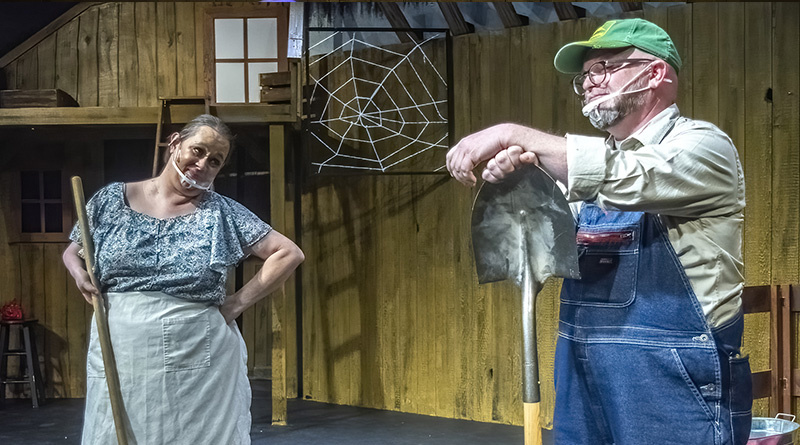 Kelly Swope has been involved at Spotlight for many years, along with her talented children. She has been a proud parent, volunteer, and patron, and recently joined the SYT Board of Directors. In addition to coordinating the Performance Troupes, Kelly has done everything from coordinating volunteers to creating photo displays for the Spotlight lobby.

Kelly has also loaned her artistry to several Spotlight productions. Recently that has included costume design for Playfest 2021-’22, and directing Cloudy With a Chance of Musicals. She earned an ariZoni nomination for the costume design of Cinderella: A Rock & Roll Fairytale, for which she also helmed the hair and makeup design.

Since her years as a teenage performer, Kelly took a 20-year hiatus to raise her children. Lately she has returned to the stage again (both in person and online) in many musical productions and concerts around the Valley, including shows at Desert Foothills, Scottsdale Desert Stages, and Starlight theatres. She also joined the adult cast of Spotlight’s own Charlotte’s Web.