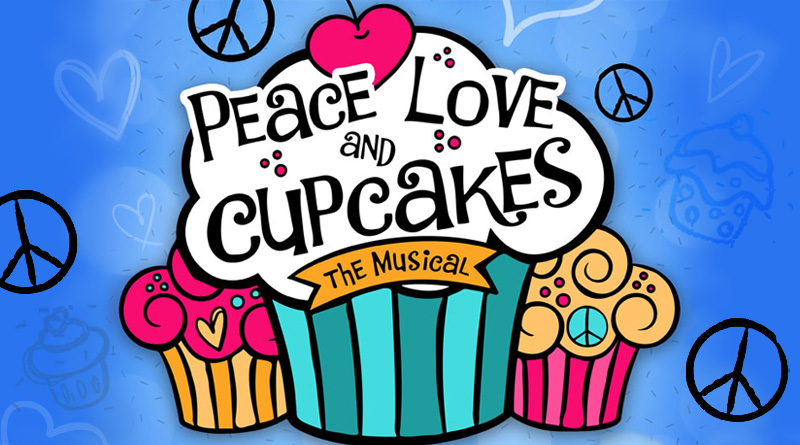 An anti-bullying musical about “socially invisible” girls who find empowerment in a cupcake club, to be performed Dec. 3–19, 2021.

Book, Music, & Lyrics by Rick Hip-Flores
Based on the book by Sheryl Berk & Carrie Berk 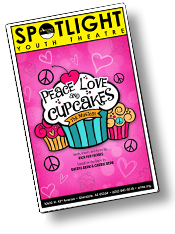 Kylie Carson has a big problem: she’s different. And different isn’t necessarily a good thing in seventh grade. Kylie loves vampires, zombies, and all things pertaining to monster movies—one of the many reasons why kids at her new school avoid her like the Creature from the Black Lagoon. To sweeten up her image—and find a place where she belongs—Kylie organizes the club “Peace, Love & Cupcakes,” attended by three other socially invisible girls. But, they have to face up to Meredith Mitchell, Blakely Middle School’s resident Queen Bee, who tries to sabotage their efforts!

This is a musical that celebrates kid power, friendship, and standing up for who you are and what you believe in.

From someone who grew up here at Spotlight, thank you so much for supporting youth theatre!
Your patronage is what allows us to continue sharing the joys of performing with youth all over
the Valley.

This cast is incredibly talented and it was a privilege to work with all of them. Peace, Love, and Cupcakes speaks to the important notion that we should embrace our own differences, as well
as the differences of those around us. Achieving peace is only possible when we understand and
respect others. Doing this is nearly impossible until you respect yourself. Until we recognize the
“monsters” inside ourselves, we can’t share a world of acceptance with our neighbors.

Heather Walker, Bella Swope, and I sincerely hope you enjoy the show.

“Zonis” will be awarded in a ceremony Oct. 3. The following are nominations for this production.

Join Us for Summer Splash Aug. 29

Spotlight aims to make a big splash with its sizzling summer fundraiser, a night of fun and entertainment for the whole family.