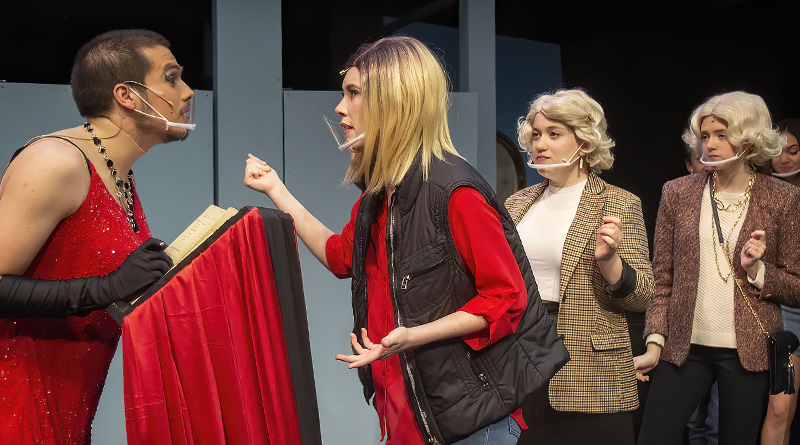 A satire of “bathroom bills” to promote acceptance of gender diversity, performed Feb. 5-7, 2021. 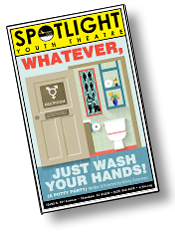 Our story takes place at a theatre in a “Gender Inclusive Restroom.” Six stalls, a stressed out Stage Manager, a wacky director, a load of actors wanting to unload, and a bunch of unstable techies bring theatrical meaning to the term “bathroom humor”. As history has shown, anything and everything can happen behind closed doors.

Whatever, Just Wash Your Hands (A Potty Party) is a silly comedy with a lot of bathroom humor including farting and pooping. There are a few curse words. Most importantly, the show focuses on real-life gender issues that need to be talked about openly and honestly. This show celebrates our differences, which unfortunately, may not be okay with everybody.

I’m all about a good fart joke. I’m also happy to use the theatre as a vehicle to tell the truth through plays. The cast and I have had a great journey originating these characters and telling this story. I’m honored and in awe of how the cast has approached this show with so much love. I will be forever thankful to each cast member and designer for bringing this show to life.

I would also like to thank the theatre Board of Directors for being supportive and accepting, L. Henry Dowell for his inspiration, Cydney Trent for looking out, Lyda, Vicki, Jamie, Carly, CJ for guidance and the author of Cinderella: A Rock-n-Roll Fairytale for letting us use that show to be our show within a show.


no images were found