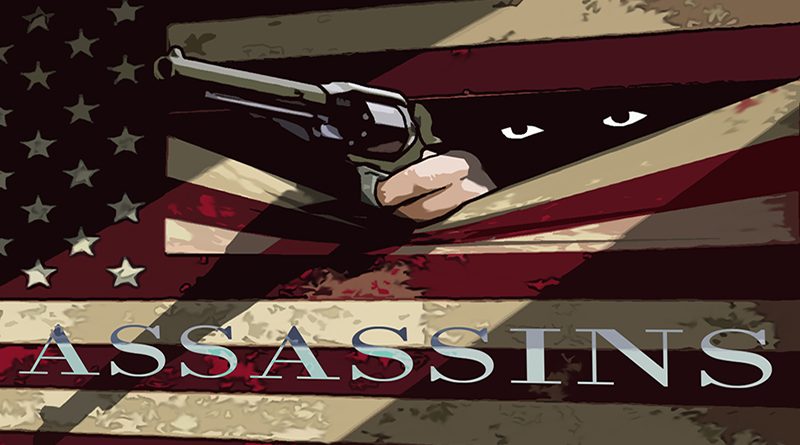 State of the Art Productions presented the musical Assassins, in partnership with Spotlight Youth Theatre, July 9 and 10 on the Spotlight main stage. This show, featuring many of the best young adult musical theatre actors in the Valley, was staged for three sold-out performances.

With music and lyrics by the legendary Stephen Sondheim and book by John Weidman, the original New York run of Assassins was staged Off-Broadway in 1990. Assassins is a striking satire of the anarchic political violence that tragically persists at the core of our culture. The musical explores the history of presidential assassins and would-be assassins in America, including famous culprits like John Wilkes Booth, as well as lesser-known figures such as Leon Czolgosz and Charles Guiteau (who killed Presidents McKinley and  Garfield, respectively). The musical style of each song in the 90-minute production reflects the historical period in which the each assassin lived.

This production was directed by Finnegan Clisham, with musical direction and choreography by Jonah Fried. Clisham and Fried formed State of the Art Productions, and with much persistence, organized this show over a period of several months during the Covid-19 pandemic.