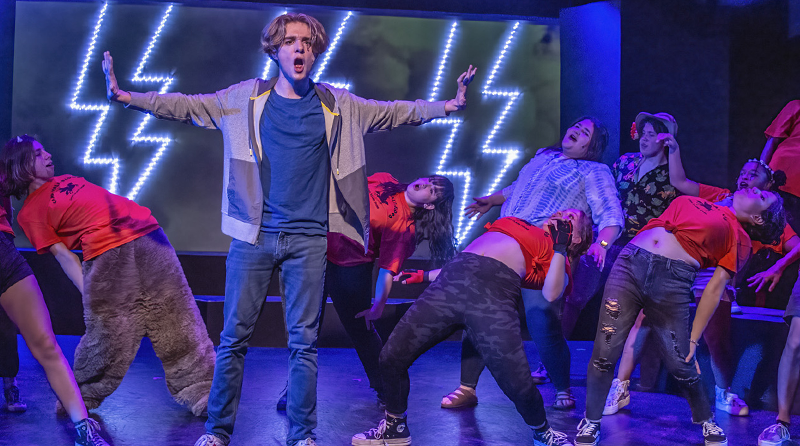 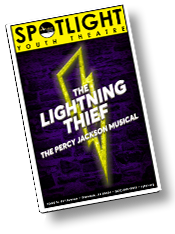 When teenager Percy Jackson discovers he’s a demigod, he and his friends embark on an epic journey in search of Zeus’ stolen lightning bolt to prevent a war among the gods. Myths and monsters take the stage in a hilarious and spectacular rock show not to be missed!

Much like the Percy Jackson & the Olympians book series by Rick Riordan, this rock musical and its songs have earned a cult following of their own. The show’s Off-Broadway debut (2014) earned critical praise and Drama Desk Award nominations, including Best Musical, before moving on to national tours and a brief Broadway run. Its themes of kids dealing with absentee parents, academic struggles, social shunning, and facing the “monsters” of the real world all hit home in a modern take on ancient Greek myths.

When I took my first look at The Lighting Thief: The Percy Jackson Musical less than a year ago, I was already late to the party. Unlike millions of readers of all ages, I wasn’t up on the series of young adult novels by Rick Riordan. I was barely aware that the two CGI-stuffed film adaptations of his stories were generally disliked both by the author and by his fans. Upon reading the first volume, I found that the musical sticks much closer to the voice and focus of The Lightning Thief than the screen version does.

Maybe it helps for the stage-bound version of this story to serve as a first impression for some of us. A focus not on magic and escape, but on real kids dealing with common problems—especially neglectful and absentee parents—is in your face right from the opening number. Our main character is also the champion of anyone challenged by dyslexia, ADHD, and/or the struggles of a social misfit. Percy gives anyone with cognitive differences a hero to recognize, showing that most of our differences are gifts rather than curses.

It has been a joy to work with this kind, smart, and tireless cast, where the work and talent of every last one of them was key to bringing this adventure story to life. I’m also thankful to the entire production team and to all the Spotlight Family, starting with Artistic Director, Kenny Grossman, who, when planning the season last year, thought I was the one apt to direct “the crazy show with the monsters and puppets.” I hope he was right.

“Zonis” will be awarded in a ceremony Oct. 3. The following are nominations for this production.

Join Us for Summer Splash Aug. 29

Spotlight aims to make a big splash with its sizzling summer fundraiser, a night of fun and entertainment for the whole family.