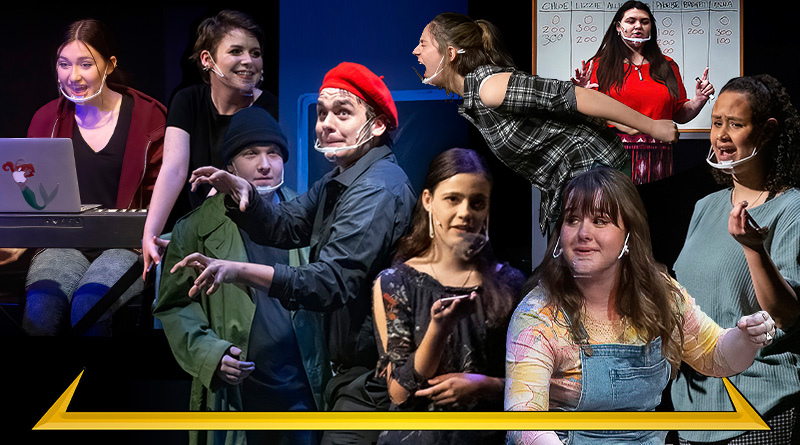 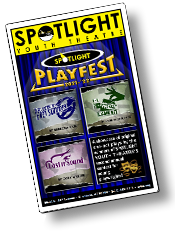 Spotlight continues its annual showcase of new one-act plays by the winners of its summer contest for young playwrights. The dramatists who judged the contest, from whom the writers’ identities were concealed, had tough calls to make in selecting the finalists. The cast of these three plays will experience a tour de force of playing multiple roles.

“Not Driving Ever Summer”
by Rebecca Bain

Driving lessons from her mom would be tense enough, but a past trauma poses a more challenging test for Alexa than her license exam. “Not Driving Ever Summer” presents a situation familiar to many teens, with a warm look at how good friends and family can help to ease our everyday anxieties. Directed by Alyssa Armstrong.

“The Pickpocket’s Lament”
by Katie Kloberdanz

Pete is a thief who, upon experiencing a change of heart, navigates the human obstacle course of the New York subway to return his last victim’s wallet. “The Pickpocket’s Lament” is a farcical comedy full of hilarious characters and a “take” on the lighter side of redemption. Directed by Dean Kelldorf and Alec Pursell.

Lizzie is a musician at the top of her class, still celebrating a scholarship from a prestigious university, when the prognosis of hearing loss throws her life in a new direction. “Lost n’ Sound” is a gripping drama about adapting to sudden change, and understanding a disability. Directed by Jack Taylor.

“Not Driving Ever Summer”

After 10+ years of performing at Spotlight Youth Theatre, I am now given the chance to direct my very first play on the stage I grew up on. With “Not Driving Ever Summer” it was a lot more character work than blocking, and it was such an amazing thing to witness the growth of all the actors. When originating roles, it takes creativity and dedication to the craft, and every single one of these kids absolutely exceeded all my expectations!! Thank you to all the parents, kids, and Kenny for trusting me in telling this story!

Dante Alighieri defines comedy as “a drama of light and amusing characters, and typically with a happy ending.” Our show has two out of three of those things—the light and the characters. The missing element is for you to figure out. Our story lands us in the big city—a land of hope and fear; a land of dreams and nightmares. Together we follow Pete, our lovable pickpocket, on the road to redemption atop the rails of the subway.

“Lost n’ Sound” was a very difficult show to tackle as my second directing job. The playwright, Zoey Waller, has written a beautiful play that takes on very heavy, difficult topics and displays them in a very real and tragic story. It has been an absolute honor to be able to work with all these young actors to build this show from the ground up for the very first time. Every single performer on the stage has worked incredibly hard, and a great deal of their work had nothing to do with me. I want to thank Kenny for trusting me with this production, the amazing cast that is bringing these characters to life, and Zoey Waller for all her help with coaching the actors in ASL, and for allowing me to share the story of “Lost n’ Sound” with you all. Enjoy the show!

Choose from four two-week camps, with discounts for multiple signups!