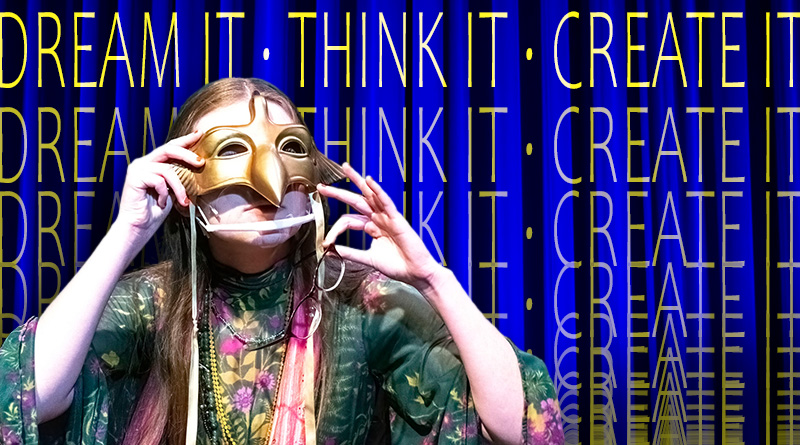 Three local playwrights will have their original one-act dramas produced on the Spotlight stage for Playfest 2021-’22, April 1-10, 2022.

The winners of SYT’s second annual Playfest competition are:

Congratulations to these talented creators!

“Not Driving Ever Summer”
By Rebecca Bain

Driving lessons from her mom would be tense enough, but a past trauma poses a more challenging test for Alexa than her license exam. “Not Driving Ever Summer” presents a situation familiar to many teens, with a warm look at how good friends and family can help to ease our everyday anxieties.

“The Pickpocket’s Lament”
By Katie Kloberdanz

Pete is a thief who, upon experiencing a change of heart, navigates the human obstacle course of the New York subway to return his last victim’s wallet. “The Pickpocket’s Lament” is a farcical comedy full of hilarious characters and a “take” on the lighter side of redemption.

Lizzie is a musician at the top of her class, still celebrating a scholarship from a prestigious university, when the prognosis of hearing loss throws her life in a new direction. “Lost n’ Sound” is a gripping drama about adapting to sudden change, and understanding a disability.

Inspired by the impressive results of the debut Playfest production and the variety of scripts received in the first two annual contests, Spotlight strongly encourages young playwrights to consider next summer’s contest and to start early in putting your dreams on the page!

The care put into a script shows when the time comes for others to evaluate it.

Spotlight’s Playfest productions are not the end goal for any of the winning scripts. In some cases, the same scripts (or further re-writes) may be promoted for publication or for other play festivals.

In all cases, we hope that the experience of writing a play—regardless of whether it wins anything, or whether it gets staged or sold—sparks the creativity of everyone who completes that special accomplishment.

Aside from Playfest, all up-and-coming writers and creators are welcome to consult with Spotlight artists about their writing projects, whether they are as easy to workshop as children’s theatre camp shows, or as ambitious as full-length musicals. Email creators@sytaz.org to get in touch.

The theme of Spotlight’s 2021-’22 Playfest Young Playwrights’ Competition was “Dream It. Think It. Create It.”  The writers were challenged to create all-original plays with a running time between 15 and 35 minutes, applying any topic, theme, or style that they valued.

Their works were also to allow for casts of nine or fewer actors per play, although more characters were optional if it were possible for some actors to play double roles. While youth theatre often allows for large casts, smaller casts tend to be favored by theatres and festivals staging one-act plays.

All entrants in the contest (which ended July 31, open to playwrights ages 16-22), received a review from Spotlight writer/directors to highlight major strengths of their plays and areas to work on, just for participating. To promote impartiality, the writers’ names were withheld from the judges during the selection process.

Winners received a $100 prize funded by a contest sponsor. The winners also give permission to Spotlight to workshop and perform their plays for one debut production (i.e. Playfest). The playwrights are encouraged to get involved with the Playfest production, alongside the directors as their work is workshopped for its stage premiere.

The writers may choose to promote and/or publish their works for performances in theatres or schools later; so having prior productions on the résumé is a plus!