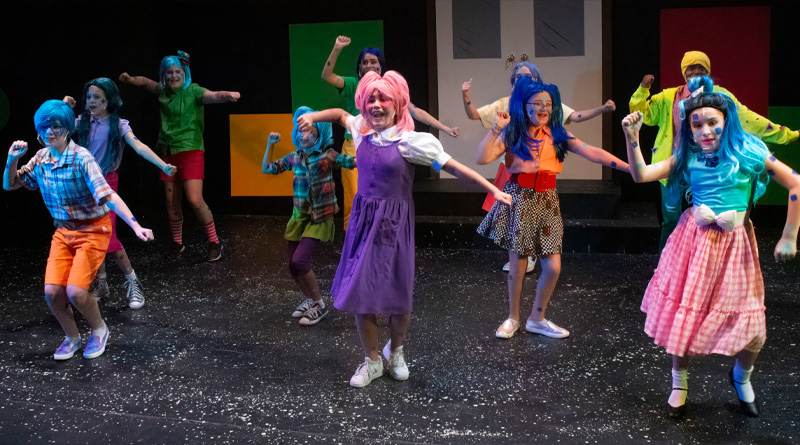 A colorful history lesson reminding us that our differences are to be celebrated! This family musical was performed and livestreamed June 18-27, 2021. 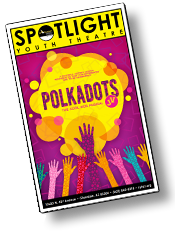 Polkadots: The Cool Kids Musical follows 8-year-old Lily Polkadot, who just moved to the “Squares Only” small town of Rockaway. As the first Polkadot in an all Square school, Lily faces an almost impossible task of gaining acceptance from her peers. From daily bullying to segregated drinking fountains, Lily’s quest seems hopeless until she meets Sky, a shy Square boy whose curiosity for her unique polka-dot skin blooms into an unexpected pal-ship.

Inspired by the events of The Little Rock Nine, Polkadots serves as a colorful history lesson for children. It reminds them that our individual differences make us awesome, not outcasts.

When Kenny asked us to be directors for this show, it was reminiscent of the first time we worked together on 13: The Musical right here at Spotlight just a few years ago. It was a dream come true.

Marley grew up as a youth performer here, and directing has always felt like a chance to give back. It is our mission to pour our hearts and efforts into making shows memorable and impactful not
just for our audiences, but for the kids. Polkadots: The Cool Kid Musical was a passion project by
its creators; the messages intended are of acceptance, togetherness, strength, and resilience. Lily
Polkadot’s journey with the Squares at Rockaway is wildly imaginative, yet based on real events.
It is a perfect mixture of light-hearted fun and drama for our audience members, while everybody
can find the common ground our show aspires to portray.

On behalf of our collaborative staff, we are honored to present our vision of Polkadots to you.