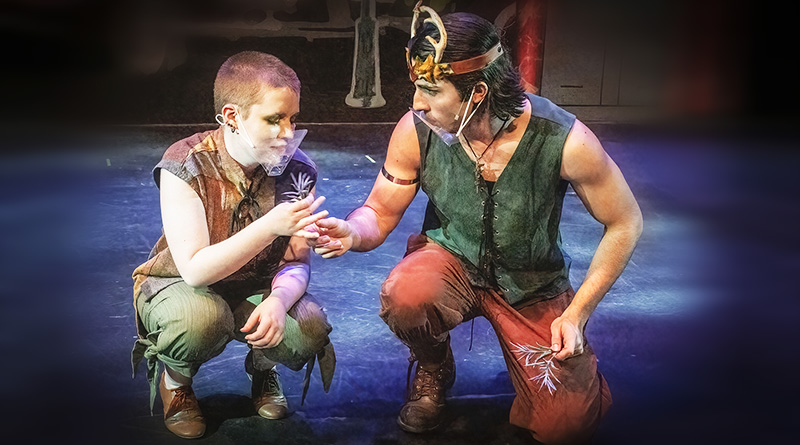 Shakespeare’s popular comedy is now a musical, performed and livestreamed May 21–30, 2021. 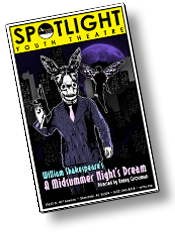 Four mismatched lovers, a goofy theatre troupe, and a band of fairies cross paths in a night of magic spells and mischief in an enchanted wood. Or is it a 1930s-era gangland

Timeless comedy, fantastic entertainment, and unforgettable characters make A Midsummer Night’s Dream one of William Shakespeare’s most popular and frequently performed plays. As with 2018’s Romeo and Juliet, the Bard’s original words come to life with exciting new vision on the Spotlight stage.

Busby Berkeley, Fred and Ginger, Swing Jazz, flappers, bootlegging, gambling, non-legit enterprises, and gangsters—just some of the things you can find in Sun City West on a Saturday night. It’s also the setting for our show—not Sun City West, but the 1930’s.

The late 1920’s / early 1930’s lends itself very well to the plot line in A Midsummer Night’s Dream. Keep in mind that the time period is really a distant backdrop, and that the main focus is on the characters and the story. Our version takes place in Arizona at the Spotlight Globe (the Globe Theatre was where Shakespeare performed his shows).

There’s a lot of story to unpack in this show, and to be able to deliver the dialogue and characters in an easy way for young audiences to understand is the big challenge for all Shakespeare productions—and the actors in this show do it phenomenally (even when I asked Hippolyta to deliver her first two lines in Italian!).

Every young actor should perform and learn Shakespeare. I love this production of the show and the actors and crew. It’s been a blast! Now that things are starting to come back in full, I hope you will set aside some restaurant time and continue to support and watch our shows.