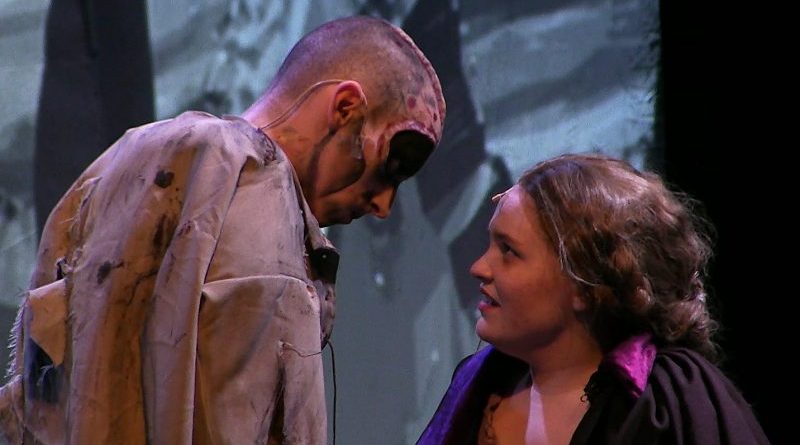 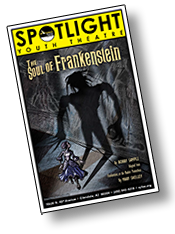 Written by Bobby Sample
Based on Frankenstein; or, the Modern Prometheus by Mary Shelley
Original Score by Connor Sample

It’s the turn of the 19th century, and Captain Robert Walton mounts a daring quest for the North Pole. From the ice of the Arctic Ocean, he rescues a lone and mysterious stranger: Victoria Frankenstein, who repays him with a tale of battling nature and chasing glory that rivals and surpasses his own. We follow her through her horrifying success in bringing a monstrous Creature to life, and the death and destruction left in their path. Creature or Creator: Which one is the Monster?

This world premiere adaptation of Frankenstein; or, the Modern Prometheus by Mary Shelley bottles the angst, obsession, terror, and suspense of the gothic young adult novel that laid the foundation for the genres of modern horror and science fiction that came after it.

“This play is nothing like those old Boris Karloff movies,” I’ve been telling people. Well, that’s a lie. Classic film fans know that the winning stroke of The Bride of Frankenstein, the best of those Universal films from the 1930s, is its power to draw our sympathy (and even a tear or two) for the “Monster.” All he wants is a friend. If we also feel for the Creature in The Soul of Frankenstein, it’s no accident. That makes us human. My question is: does our sympathy make him human, too?

Mary Shelley wrote the 1818 novel Frankenstein; or, the Modern Prometheus while still a teenager, and she created main characters who generally share her own age and perspective. The title character (whom I found far easier to picture as a young woman than as a young man), and his inner circle, are teens who grow into young adults during the story. Shelley’s lesser-known main character and narrator, Robert Walton, is still in his mid-20s. And the Creature himself is the all-time epitome of the neglected, angsty, and misunderstood child.

So this is great source material for youth theatre, especially for older teens. Working on a historical drama has been an educational experience for us all. The old-school dialogue and occasional accents challenged the actors on a tight workshopping and rehearsal schedule. Yet, the deeper issues of the story and its characters have never appeared to exceed the actors and their experience. They’ve definitely got this.

For a playwright searching for threads to tie together Shelley’s episodic story, it wasn’t a stretch to turn the whole thing into a psychodrama about narcissism. The problems of Victoria, Robert, Elizabeth, and Henry, though dramatized in fantastic ways, should be recognizable. Honestly, I’m still not sure whether the Creature himself is human, or just a crafty reflection of humanity itself, a mere image in the mirror — but sometimes the soul of a narcissist is described the same way.

So much of the Frankenstein story has always been open to audience interpretation. I hope our take on it gives you plenty to talk about! 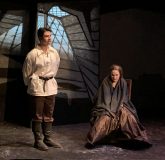