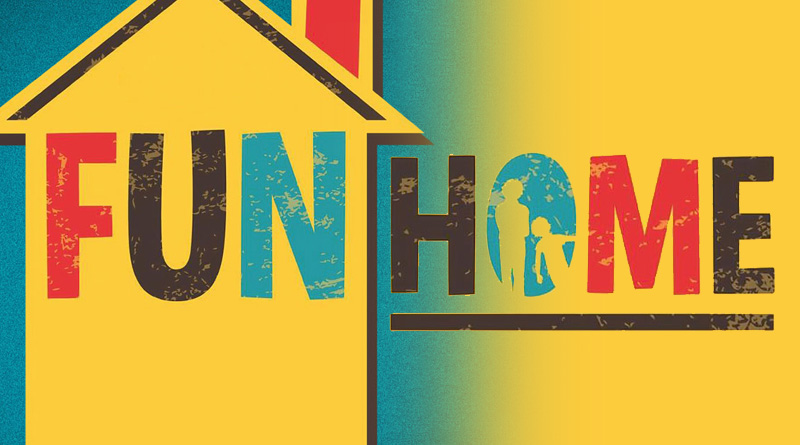 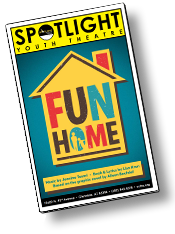 Graphic novelist Alison dives deep into her past to tell the story of her volatile, brilliant, and one-of-a-kind father whose temperament and secrets defined her family and her life. Alison relives her unique childhood of playing at the family’s Bechdel Funeral Home, her growing understanding of her own sexuality, and the looming, unanswerable questions about her father’s hidden desires.

Fun Home is a refreshingly honest, wholly original musical about seeing your parents through grown-up eyes. This musical is also a critical smash, having won numerous awards and accolades including the 2015 Tony for Best New Musical.

Alison Bechdel’s graphic memoir Fun Home is a beautiful and compelling book. It’s a look back at her childhood and around the four months between when Alison came out to her parents and her father committing suicide. I went to see the original Broadway show with my oldest daughter, and the two things we discussed most about the show was that it was the first Broadway show we ever saw that had a lesbian protagonist, and the other was that it was the only show we’ve ever seen (even to date) that has a main story line dealing with the Father / Daughter relationship. One of the greatest aspects of this show is that patrons who watch it will feel different emotions and take away different thoughts based on who you are and what your mindset is when you sit in your seat. Me being the father of two daughters made a personal connection with the Alison relationship with her dad, and I cried into the script when I was blocking it, and I held back tears every time we ran the end of the show at rehearsals. For others it might be Alison’s relationship with her brothers or Joan; maybe, the emotional stress of Alison’s mother, Helen; or maybe when Alison finally realizes who she is, etc., etc.

Thorton Wilder said about the difference between novels and plays, “On the stage it is always now: the personages are standing on that razor-edge, between past and the future… the words are rising to their lips in immediate spontaneity. A novel is what took place; we hear (the narrator’s) voice recounting, recalling events that are past and over.” The creators of this musical were able to tell the story from the book; but, instead of just looking back, we watch the characters as they move forward in time.

I have many people to thank: Vicki, Jamie, and Carly; the directors, tech crew, volunteers and designers who helped create this production; the Spotlight Board for always pushing for great art; and mostly, to the cast for giving such powerful performances with so much determination to get it right. No adult cast can ever bring more emotion, more dedication, and more love to this story.

Thank you for supporting youth theatre in all its forms.