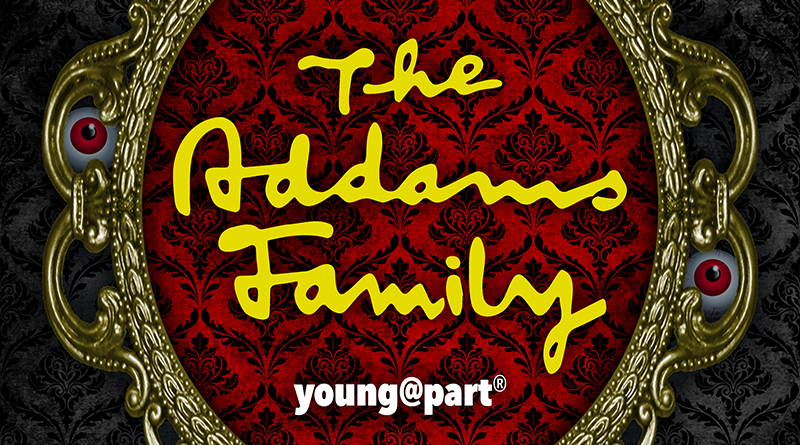 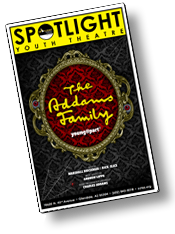 Wednesday Addams, the ultimate princess of darkness, has grown up and fallen in love with a sweet, smart young man from a respectable family whom her parents have never met. She confides in her father and begs him not to tell her mother. Now, Gomez Addams must do something he’s never done before—keep a secret from his beloved wife, Morticia. Everything will change for the whole family on the fateful night they host a dinner for Wednesday’s “normal” boyfriend and his parents.

The Addams Family young@part® is a new edition of the hit musical that brought cartoonist Charles Addams’ characters to Broadway, now especially geared for younger performers.

The Addams Family is a very creative show with great characters, fantastic songs, and a fun story
line. When we found out The Addams Family had a shorter version for younger actors, we jumped at the chance to do it. Let’s face it, there are limited shows that give 12- to 15-year-old actors a chance to really dig in. (You can only do 13 so many times.) So, this is a great opportunity for them to shine. The cast is brilliant and would do the full version better than all the productions I’ve seen. They are far more talented than the revised script says they are. So, what you are about to see IS better than all of the productions I have seen.

Thank you to the cast for making this journey a blast, to the designers, directors, the crew, and the SYT Board of Directors. Special thank you to the families, friends, lobby parents, and Elisa, Falin, Doug, Gina, Katie, Alison and Jon.