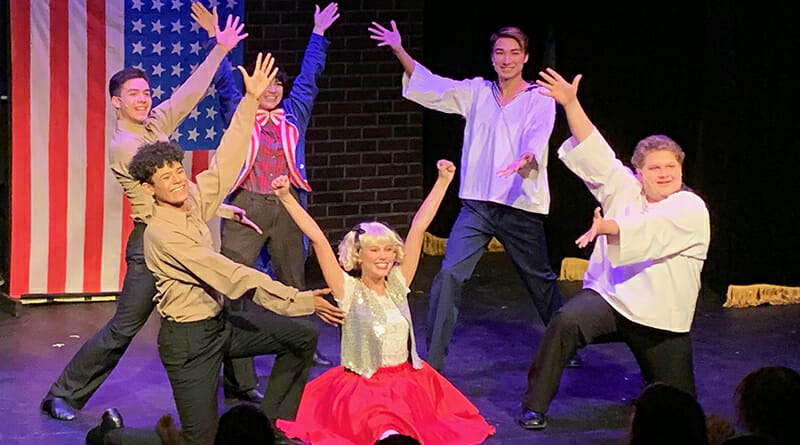 Regarded by many theater professionals as the greatest musical ever created, Gypsy is the ultimate tale of an ambitious stage mother fighting for her daughters’ success … while secretly yearning for her own. Set all across America in the 1920s, when vaudeville was dying and burlesque was born, Arthur Laurents’ landmark show explores the world of two-bit show business with brass, humor, heart, and sophistication.

The celebrated score by Jule Styne and Stephen Sondheim boasts one glorious hit after another, including: “Let Me Entertain You,” “Some People,” “You’ll Never Get Away from Me,” “If Momma Was Married,” “All I Need Is the Girl,” “Everything’s Coming Up Roses,” “You Gotta Get A Gimmick,” “Small World,” and “Together Wherever We Go.”

I believe that all young actors should experience doing tech for a show, should perform Shakespeare, should be in a production of Annie (coming to SYT this Christmas!) and should be in as many classic Broadway shows as they can. There is a different approach and feel to the classics; and Gypsy is a different experience than any of the modern shows produced today. The original production of Gypsy opened on Broadway in 1959. It is based after the 1957 memoirs of Gypsy Rose Lee, the famous striptease artist, and focuses on her mom, Rose. Some of you might be able to relate to Rose’s obsessive pursuit of a stage career for her daughters. Many productions portray Rose as a monster; but, we don’t see her that way. Even though Rose does monstrous things, it doesn’t make her a monster. Her story is a truly American story; and there are many layers of character to Rose—including longing for acceptance, vulnerability, and the propensity for acting like an armored tank on autopilot when it came to the kids she loved.

This is also one of those shows that has so many hit songs that you will say, “Wow! I didn’t know that song was in this show!” There are also songs that you’ve heard a million times; but, when you see them in the context of the show you will discover their true meaning—which is different from what everyone typically perceives (I love that!) So sit up in your seats and enjoy a wonderful night of theatre presented by a talented cast of actors, directors, designers and crew members.

We hope that you continue your support of Youth Theatre throughout the Valley.

Farm Boys and Others:

Toreadorables / Hollywood Blondes / Showgirls and Others: 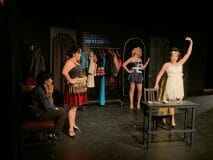 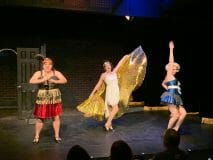 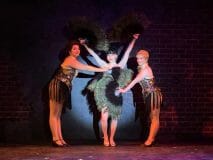 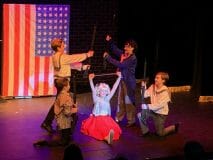 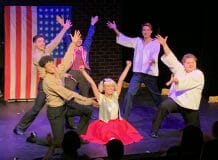 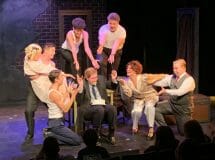 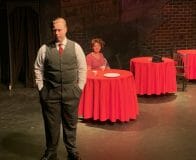 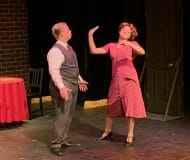 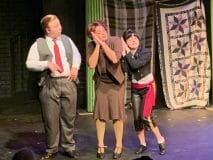 Celebrate survival with The Gobies Aug. 16